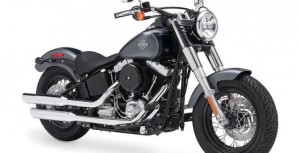 Jason Matthew Shecter (Jay) lost his battle to diabetes on October 18, 2018 in Bradenton, FL. Jason was born to Bonnie Lee Fisher and Peter Shecter on December 9, 1972 in Southfield, MI.

Although spending most of his life in Michigan, in the most recent years Jason moved to Florida to be near his daughter, the love of his life. Jason loved riding motorcycles since a young age and most recently got into buying them, fixing them and riding again which gave him great joy. Jason had always amazed us with his ability to fix just about anything that was broken. Nothing was ever broken very long with Jay close by. Jason was a man of many talents, including the ability to groom pets which became his career over the last several years.

Thank you to all that loved Jason. Thank you to anyone that ever shared a laugh, a beer, a conversation, a hug or even showed him a moment of kindness. May his kind, sensitive soul finally rest in peace with his father. Jason touched so many and will be missed by all!

A Celebration of Life will be held with his family and closest friends in Bradenton, FL to honor his memory.

In lieu of flowers, the family has asked that charitable donations be made to Juvenile Diabetes Research Foundation (JDRF).

To send flowers to the family or plant a tree in memory of Jason M. Shecter, please visit our floral store.

You can still show your support by sending flowers directly to the family, or by planting a memorial tree in the memory of Jason M. Shecter
Share a memory
© 2020 Shannon Funeral Home. All Rights Reserved. Funeral Home website by CFS & TA