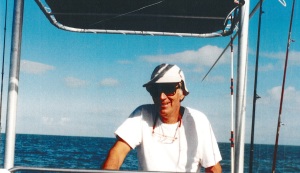 He was a very devoted husband and father. His family moved to Manatee County back in 1875. Where he resided for most of his life time. After attending the University of Florida he studied architecture. He also learned the electrical trade from his father. He then became a building contractor. Back in 1962 he moved his family to Anna Maria Island, where he started Whitehead Construction, which is still thriving today.

After retiring from the building business he patent a boat called Cedar Key Flow Chamber. Even though he did many other things in his life the most important was sharing the Gospel of Jesus Christ and his saving grace. (Redemption)

To send flowers to the family or plant a tree in memory of Robert Whitehead, please visit our floral store.

Services are to be announced
Share a memory
© 2020 Shannon Funeral Home. All Rights Reserved. Funeral Home website by CFS & TA