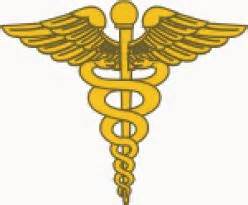 Tom was born in Seymour, IN on August 22, 1931.  His parents Robert Daniel and Margaret Myron Sprenger moved their family to Paintsville, KY in 1934 and to Ashland, KY in 1936. The Ohio River Flood of January 1937 was a poignant childhood memory that Tom spoke of often during his life.  He was baptized in the First Baptist Church in Ashland.  He was a 1949 graduate of Ashland High School, attended Marshall University, and received his MD degree in 1956 from Indiana University.  That year he married Justine Gambill Stinson in Ashland.  They lived in Indianapolis during his first three years of postgraduate training.  He continued orthopaedic training in New Orleans and Tampa prior to starting his practice in Bradenton in 1961.  Their daughter Rebecca was born in Tampa and son Michael in Bradenton.

Tom’s work and outcome studies in fracture treatment and adult reconstructive surgery have been documented in published papers.  He was one of the founders of Blake Hospital, served as Chief of Staff of Manatee Hospital and was Chairman of the Board of Blake Hospital.  He retired from surgical practice in 1998.  He was a member of many medical and surgical associations including the American College of Surgeons, American Academy of Orthopaedic Surgeons, International College of Orthopaedics and Traumatology (SICOT).  He was a charter member of the Eastern Orthopaedic Association and the Association of Hip and Knee Surgeons.  He served on many committees of the Florida Orthopaedic Society and was president in 1989-90 and journal editor 1999-2002. He also served as the Pittsburgh Pirates spring  training physician from 1969-1987.

He was elected to the Manatee County School Board from 1967-1971 serving as Chairman of the Board 1967-68.  He was active in the Hernando de Soto Historical Society starting in 1969 and served in many capacities including General Chairman, President, Hernando de Soto and was awarded an Honorary Life Membership.  He was also a founding director of Community Bank of Manatee. His hobbies included the violin, photography, and military history.

Tom was proud of his formative years growing up in Eastern Kentucky, attending college in West Virginia and jokingly called himself an “Appalachian American”.  He was elected to membership in the Order of Kentucky Colonels in 1982.

He and Justine became members of Palma Sola Presbyterian Church in February 1962.  He served terms as a Deacon and an Elder.  He edited and helped with the layout for publication of the booklet marking the 50th Anniversary of Palma Sola Church in 2007.

Survivors include his daughter Rebecca (Mitchel) Belis of Bradenton, son Michael (Lynne) and their children Jacob, Sophia, and Nathan of Valrico, FL, nephew Shawn May (Anna Jo) of Ashland, KY and niece Kimberly May Vazquez (Ben) of Scotch Plains, NJ.

A Celebration of Life will be held following the Memorial service until 3pm at the Bradenton Country Club, 4646 9th Avenue West, Bradenton, FL.  Private family internment will take place on Thursday, June 10, 2021 at Florida National Cemetery in Bushnell, FL.

The Memorial Service will be streamed live Wednesday, June 9, 2021 at 11am EDT (GMT-4) at:  https://sprenger.tv/DrTomSprenger on Palma Sola Presbyterian Church’s YouTube channel.

To send flowers to the family or plant a tree in memory of Dr. Thomas Robert Sprenger, please visit our floral store.