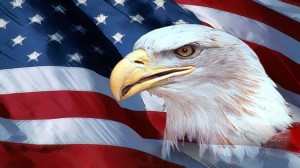 Glenn John Faist, 95, lifelong resident of Elkton Michigan, was called to his heavenly home on April 15, 2020.

Born on March 30, 1925 in Elkton, and son of the late Ira and Lila (Wurtz) Faist; he graduated as class president from Elkton High School in 1943, and was a proud Veteran of WWII, serving as Staff Sargent in the South Pacific.

Upon returning to Elkton, he began his career at Wallace and Morley Elevator as assistant manager and manager for 23 years, then transferred to Agri Sales in Bad Axe (formerly Bad Axe Grain) as manager for 20 years until retirement.  He completed many agricultural short courses through MSU.

Glenn met the love of his life, Arlene M. Kurzer, at Bay Shore Christian Camp in Sebewaing where his family had a cabin and spent several weeks each summer. They married on April 23, 1949 at Trinity Evangelical United Brethren Church in Sebewaing MI, and continued the tradition with their own family, even celebrating their 50th anniversary at the camp.  He enjoyed many activities with his family including boating on Michigan waterways, weekends in Caseville, water sports, fishing, tent camping, photography, and loved playing cards and board games with family and friends. Always very social, he and Arlene traveled, went on ocean cruises, and hosted Sunday school and neighborhood parties. He also enjoyed working in his yard, golfing, computer activities, carpentry and interior painting.

In 1989 Glenn and Arlene began to winter in Bradenton FL. Almost immediately Glenn fell in love with shuffleboard and the friendly competition it provided, winning some community tournaments and holding some park records.

Glenn was an active member of the Elkton VFW Post 6013 serving as memorial Chaplin. He helped organize and participated in yearly parades, services, and funerals. For many years a member of the US Coast Guard Auxiliary, he participated in search and rescue, boater safety instruction, water vessel examinations, and served as Flotilla Commander. His boat was often designated a USCG operational facility for rescue and patrol operations and he received several official commendations.

Active in his community, he served as secretary of the Elkton Community Chamber of Commerce and was a lifetime member of the Elkton United Methodist Church where he served as trustee, Sunday school secretary, and was secretary for the Bay Shore Christian Camp. He enjoyed music, from playing saxophone in high school to many years singing in choirs and quartets in his Elkton and Bradenton United Methodist churches.

Glenn and Arlene were honored to be the Grand Marshals for Elkton’s 2019 Autumn Festival Parade. The day included a surprise gathering of family and friends to celebrate their 70th Anniversary.

Private burial will take place in Riverside Cemetery, Elkton; with Memorial Service arrangements to be announced at a later date.

To send flowers to the family or plant a tree in memory of Glenn John Faist, please visit our floral store.

You can still show your support by sending flowers directly to the family, or by planting a memorial tree in the memory of Glenn John Faist
Share a memory
© 2020 Shannon Funeral Home. All Rights Reserved. Funeral Home website by CFS