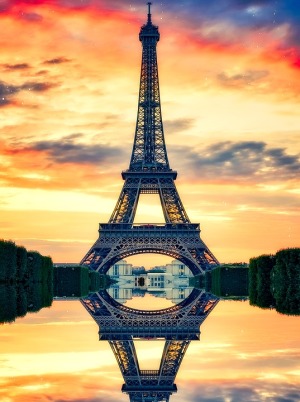 Born in Chicago on July 25, 1925, to Clifford and Marguerite Vogt, she graduated from Hirsch High School in 1943.
After attending Monmouth College (IL), she returned to Chicago, where her enthusiasm and love of fashion landed her various jobs in retail.  A passion for dance and new adventures led her to Europe in the 1950s. She studied ballet and became an Orlane beauty consultant in Paris.  Gloria quickly embraced the European lifestyle, eventually making her home in Luzern, Switzerland, and marrying Paul Lechleitner in 1961. She enjoyed decades of working in the tourism industry as a guide.  Her off-hours were spent practicing ballet, figure skating and skiing, sewing, and exploring around the town and continent.

In 2006 she moved to Bradenton to be nearer her brother. She adapted to her new environment, creatively decorating her apartment, which included an indoor version of her Luzern patio garden.  She had fun playing bridge, reading, and “sniffing” around local shops, and was easily spotted by her ever-present hat—she had quite an extensive collection!

Gloria had a playful, creative streak that fueled her. Above all, she felt life should be fun and entertaining, and she was always cooking up ways to make it so.

She is survived by her brother, Clifford M. (Clara) Vogt, Jr., three nieces and one nephew.  She was preceded in death by her parents and her husband.

Donations in Gloria’s memory may be made to the Palma Sola Botanical Park in Bradenton ( https://palmasolabp.org/) where her “Summer” statue now resides, or to an organization of your choice.

To send flowers to the family or plant a tree in memory of Gloria (Vogt) Lechleitner, please visit our floral store.

You can still show your support by sending flowers directly to the family, or by planting a memorial tree in the memory of Gloria (Vogt) Lechleitner
Share a memory
© 2020 Shannon Funeral Home. All Rights Reserved. Funeral Home website by CFS