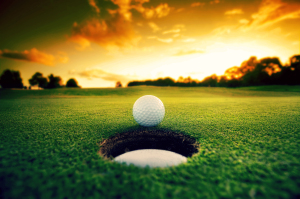 James Elvin Wagner, of Bradenton, FL, and a long-time resident of Westwood, MA, died on Tuesday, June 4, 2019. James "Jim," the youngest child of William Lowell and Dorothy Arthur Wagner, was 85.

Jim grew up in several communities, including Springfield, MA, and Laconia, NH, where he attended high school and distinguished himself in academics and was a star athlete competing in basketball, football and baseball. Upon graduation, he completed a post-graduate year at The Manlius School-then a top US Military academy. Through the Army ROTC, he then attended and graduated from Middlebury College in 1957.

Returning home to Massachusetts, he rose to Vice President of the of the Boston Gas Company, where he also met his wife, the former Theresa "Terry" Joyce of Quincy, MA. After some time in Weymouth, MA, the couple settled in Westwood, raising their two daughters, Joyce Anne and Catherine "Cate" Theresa, until a post at Dublin Gas Company took the family on a five-year adventure to Dublin, Ireland.

Back in Boston in 1986, and reunited with his beloved Red Sox, Patriots and Woodland Golf Club, Jim took a position at NEUCO (New England Utility Constructors), until his retirement in 2006.

Following the death of his wife, Terry, in 1992, Jim, in 2008, reunited with his college sweetheart, Dorothy Dever Frost, who remained his cherished partner until his death.

A lover of sports, travel, history, crossword puzzles, good wine, the occasional practical joke, and great golf, Jim especially loved his family. Deeply dedicated to his own children, he was also an uncle extraordinaire to his nieces and nephews, their children, and even their pets. He never saw a dog without taking the time to rub his head. He never encountered a child without stopping to make her laugh or smile. He was a big, burly guy with the kindest heart, generosity as big as a Buick, and a wry and wicked sense of humor- always applied gently. Curious about everything, he was an avid listener; whether he knew you or not, he made all people he encountered feel valued and special.

He was a success at everything he did or tried, except, unfortunately, adapting to an iPhone.

A celebration to honor Jim's life will be held at Woodland Golf Club in Auburndale, MA, on Tuesday June 25th at 4:00 p.m.

In lieu of flowers, contributions may be made in Jim's honor to the Animal Rescue League of Boston.

To send flowers to the family or plant a tree in memory of James Elvin Wagner, please visit our floral store.