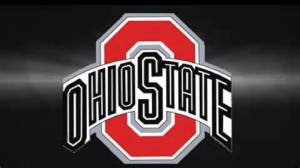 James was Born on July 1, 1942, in Springfield, IL and moved to Cape Coral Florida in January of 1991 from Westerville, OH to pursue his passion for costal fishing and diving. He had served as a Certified Public Accountant, Co-Owner, and President of the accounting firm, Whalen & Company in Worthington, OH.

Jim served 6 years in the Ohio National Guard through the buddy system with his brother, Jedd Whalen during the Vietnam Era.

Throughout his life, Jim was an outdoorsman, craftsmen, corvette enthusiast, artist, and family man. He enjoyed golfing, fishing with his family in the Florida Keys, and hunting wild game with his closest friends.

He was known for his clever sense of humor, incredible stories of adventure and mischief, his thoughtful mind and tender heart, his passion for knowledge, but most of all; his unwavering love of family and friends.

A Celebration of Life will be scheduled at a later date for his family and friends. He will be laid to rest at Blendon Central Cemetery in Westerville, OH.

To send flowers to the family or plant a tree in memory of James Michael Whalen, please visit our floral store.

You can still show your support by sending flowers directly to the family, or by planting a memorial tree in the memory of James Michael Whalen
Share a memory
© 2020 Shannon Funeral Home. All Rights Reserved. Funeral Home website by CFS & TA | Privacy Policy | Terms of Use