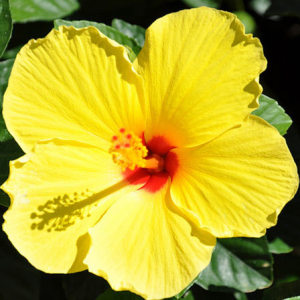 On August 25, 1933 a mother was born in Inverness, Florida.  Throughout her life she embodied all that a mother is and should be.  Her parents were William Franklin Beville and Rachel Ann (Lewis) Beville.  She had a sister, cut from the same cloth -- Beverly Ann -- inseparable in life and death.  After some time living in Floral City her family moved to Bradenton (old Manatee) She graduated from Manatee High School in 1951.

In 1953, she married Joseph Kenneth DesRosier, a former Navy medic from San Antonio, Florida working in the area prior to joining the USAF.  At the age of 19, she boarded a train at the Bradenton station, travelled alone to Chicago, and from there to San Francisco.  There Lorraine boarded a ship which weeks later delivered her husband into her arms in Japan.  She lived on Yakota AFB where heat for your bathtub was a fire lit under the house!

A master gardener, member of the Bradenton Garden Club, and Manatee Historical Society she pursued her interests in biology and history while raising three children.  Lorraine was particularly interested in Egyptology, and Historical Fiction.  She was also an avid Science Fiction fan.  Lorraine also valued her Church family where she made and cherished many friendships.

If Lorraine ever wished for anything, it was for her family and friends to be happy and live their lives the best they could.  She was ever the cheerleader, and never herself failed to appreciate the light shining from those close to her, while not realizing it was often a reflection of her own soul that put it there.

To send flowers to the family or plant a tree in memory of Lorraine Beville DesRosier, please visit our floral store.

You can still show your support by sending flowers directly to the family, or by planting a memorial tree in the memory of Lorraine Beville DesRosier
Share a memory
© 2021 Shannon Funeral Home. All Rights Reserved. Funeral Home website by CFS & TA | Terms of Use | Privacy Policy