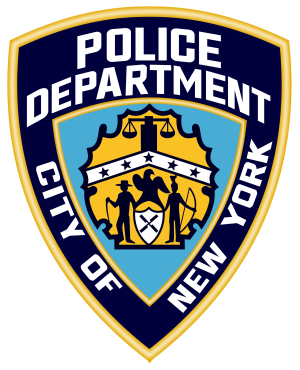 Raymond H. (Ray) Gallagher, 69, of Friends Lake, NY and Bradenton, FL, passed away peacefully on Friday, January 3rd, 2020 at his residence in Bradenton surrounded by his loving family.
Ray was born on September 23rd, 1950 in New York City. He was the son of the late Joseph H. Gallagher and Helen “Cookie” (Kiernan) Gallagher. He was the second eldest of four children.

Ray was born in Manhattan, and was raised in both Manhattan and the Bronx, where he began his education at St. Bernard’s and later St. Gabriel’s elementary schools. After that, he graduated from Bishop Dubois High School. He was known for his athletic abilities and was a fantastic basketball player throughout his academic career.

Always a patriot, Ray served his country in the United States Marine Corps, and after his service he attended John Jay College, where he studied Criminal Justice. Ray joined the New York City Police Academy in 1973. He worked his entire career in the Bronx, beginning as a uniformed police officer and later becoming a Homicide Detective, in which capacity he served until his retirement in 1993. Later in life, he owned and operated several businesses including a private investigations service and a flooring company.
In the late summer of 1971, Ray met the love of his life, Patricia; they wed in the fall of 1973. Ray was incredibly proud of his beautiful family which included three wonderful daughters and five lovely granddaughters. Because Ray was always surrounded by the women he loved, Ray often joked about feeling outnumbered by “his girls”. Ray lived his life to the fullest; his many hobbies and passions included fishing, playing sports, listening to music, telling stories, reading books, playing cards and watching movies. He also enjoyed cooking, traveling with his wife, and spending time with his dog, Charlie. His favorite past times included rooting for his beloved Mets and Patriots. His passion for horse racing was apparent through his visits every summer to the Saratoga racetrack and during his many trips to Belmont. Over the last five years, Ray was able to fulfill his life-long dream of spending the winter months on the beautiful beaches of the Florida Gulf Coast with his wife. He was a remarkable husband, father, grandfather, son, brother, uncle, and friend, and will be greatly missed by all. He will always be remembered for his extraordinary strength, zest for life, witty sense of humor, good nature and love for animals.

The Gallagher family wishes to send their deepest gratitude to the staff at St. Peter’s Hospital, Glens Falls Hospital, and Tidewell Hospice Care for their tireless efforts and support during this difficult time.

In lieu of flowers, friends and family may wish to make donations to SPCA of Upstate New York http://www.spcauny.org or Chestertown Fire Department located at PO Box 382, Chestertown, NY 12817.

To send flowers to the family or plant a tree in memory of Raymond "Ray" H. Gallagher, please visit our floral store.