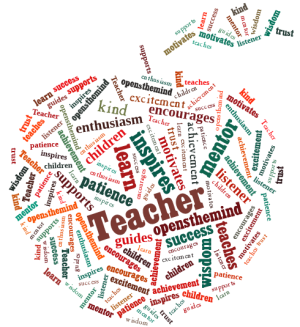 Richard was born on November 2, 1949 in Hackensack, NJ. Raised in Washington Township, NJ, Richard attended St. Joseph Regional High School, Montvale, NJ, where he was the running back on his high school football team and star pitcher on the baseball team. Richard then attended the United States Merchant Marine Academy, earning a Bachelor of Science Degree in Marine Engineering and the ranks of Third Assistant Engineering Officer and a Commission as Ensign.

After the academy, Richard began working at St. Joseph Orphanage, Rockleigh, NJ, which inspired his successful 38-year high school teaching career in New York State, where Richard candidly taught mathematics and physics. During his tenure, he earned a Master of Science in Physics from the University of New Paltz and Master of Psychology from the University at Albany. He also was a highly regarded football, track and softball coach. After retiring from high school teaching in 2009, Richard moved to Dunedin, Florida and became a mathematics professor at St. Petersburg College for eight years. While teaching, he also mentored at risk students.

During his life, Richard was a true humanitarian. He sponsored multiple children in underprivileged areas of the world, built houses with Habitat for Humanity, took elderly for walks with the Alzheimer’s Association and volunteered in a homeless shelter one day a month. In Richard’s later years, he volunteered once a week at a soup kitchen in Bradenton, FL and certified St. Bernard, Mia as a therapy dog, taking her into a local hospital, library, autistic school, and nursing home, with over 150 hours of service.

Richard’s biggest triumph was completing a 1200-mile solo walk in 2015 from Steinbrenner Field in Tampa, FL to Yankee Stadium in New York, NY, raising over $56,000 for the Wounded Warrior Project in honor of nephew Gary Albero who died in the 9/11 attacks. Richard recounted his experiences in his book, “Not Just a Walk in the Park”.
Richard’s most satisfying accomplishment was being a single dad to Lucia, Felicia and Dante Albero. Richard guided his children with the philosophy, “kindness costs nothing,” driving them to be the best versions of themselves, planting seeds of greatness in others.

Richard was an active member in his Del Webb Community in Lakewood Ranch, FL playing bocce, poker and water volleyball. He is also currently working on his next book, “Having a Guinness with Jesus”.

A Celebration of Life Ceremony will be held in Lakewood Ranch, Florida, and northern New Jersey in the upcoming months, with details to follow.

In lieu of flowers at the family’s request, please make a donation to St. Jude’s Hospital using Memorial ID# 11969625 or the Wounded Warrior Project by clicking this link: https://communityfundraising.woundedwarriorproject.org/campaign/RichardJAlbero.

To send flowers to the family or plant a tree in memory of Richard John Albero, please visit our floral store.

You can still show your support by sending flowers directly to the family, or by planting a memorial tree in the memory of Richard John Albero