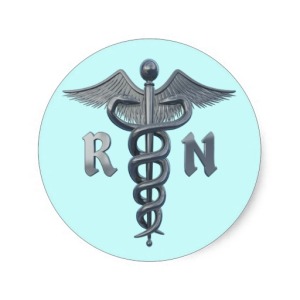 Teresa Crawley, 85, formerly of Johnston Rhode Island and Parrish Florida, died peacefully in Hollywood, Florida on July 26 after living a modest, but purposeful life devoted to her family and friends.

To say that Teresa lived for and loved her family and those who came to be like family to her is an understatement. She was the compassionate, loving, and always proud mother to her three sons William, Stephan, and Bryan (and their spouses, Marianne, Kathleen, and Michael) ;  she was the empathetic wife of the late William J. Crawley; the dutiful and attentive daughter of the late  Anthony and Carmella Protena, the compassionate and loyal sister of Agnes Manoogian and the late Lawrence Protena; the doting and generous grandmother to Evan, Amanda, and Sean; and a true and lifelong friend to Honey Actis.

Growing up, our mother often said that if necessary, a person would become a garbage collector in order to provide for their family. This was not intended as a slam against that particular profession, but rather, for someone who kept such a fastidiously clean house and could not retire for the night if there were still (clean) plates air drying in the dish rack, her way of saying that there was nothing that a parent would not do to support and care for their family. Our mother demonstrated this personal philosophy on a near daily basis.

In both her private life and her professional life, she was a caregiver. When her parents and her brother became ill, she unselfishly gave of her time and tended to them. Despite her insistence that she “never liked school”, she returned to formal schooling when she was in her early 30s and became a licensed practical nurse. She then worked at Fatima Hospital for twenty-five years until retiring in 1996. All those who worked alongside her unfailingly noted her dedication, professionalism, and compassion.

Our mother loved to laugh, to repeat a joke (even if it might have been a bit off-color), and to listen to “her” music loud. She generously gave to multiple charities amassing an impressive collection of personalized return address labels and calendars. She loved dessert as long as it was chocolate. She took great pleasure in reminiscing with her many photograph albums. She cherished sitting down to eat a meal “like a family” with everyone at the table, albeit at five o’clock on the dot. She was also a “pet parent” long before the term came into vogue, having given most of her pets human names and converted them to diets that often included Italian food.

At this time of loss we can take comfort in knowing that our mother, who was a devout Catholic, has left us for her well-deserved reward. We can also take solace in realizing that she has left an indelible mark on those who knew and loved her. She will live on in our hearts and our memories.

Funeral arrangements have not been finalized at this time.  Arrangements will be updated at later time.

To send flowers to the family or plant a tree in memory of Teresa (Protena) Crawley, please visit our floral store.

You can still show your support by sending flowers directly to the family, or by planting a memorial tree in the memory of Teresa (Protena) Crawley
Share a memory
© 2021 Shannon Funeral Home. All Rights Reserved. Funeral Home website by CFS & TA | Terms of Use | Privacy Policy